Clark, Perdue & List is a name that has become synonymous with law firm excellence. Founded in 1986 by Dale K. Perdue and the late Edward L. Clark, Jr., the Firm has evolved from a traditional, Ohio based personal injury firm into a regional and national leader in mass tort litigation.

Today, the firm remains true to its roots – handling catastrophic personal injury and wrongful death claims arising out of automobile and truck crashes, fires and explosions, nursing home abuse, and defective products. At the same time, the firm’s representation of individuals has grown to include injuries and losses resulting from defective medical devices and dangerous pharmaceuticals, as well as consumer fraud. And, the firm’s representation of consumers has expanded regionally and nationally to include complex class action and multi-district litigation.

Despite our growth, we remain committed to the ideals contained in one of Ed Clark’s favorite quotes:

“Far and away, the best prize that life has to offer is the chance to work hard at work worth doing.” –Teddy Roosevelt 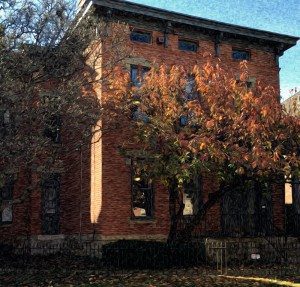 In December 2015, after nearly 30 years in the Motorists Mutual Insurance Building in downtown Columbus, we moved our offices to 695 Bryden Road, Columbus, Ohio 43205. Listed on the National Registry of Historic Places, our new office was built in 1884 by William and Katherine Fisher – the maternal grandparents of renowned author and Columbus native, James Thurber. We are proud to be part of the rich history of Olde Towne East, a growing and diverse cultural center in the heart of Columbus. 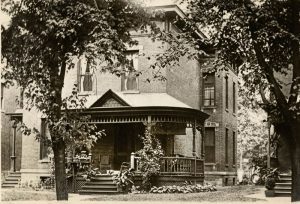 Fisher House around the turn of the 20th century.

Our hard work on behalf of our clients is work worth doing, and we are honored to do it. We invite you to explore our website or call us if you would like additional information, or if we can be of service to you.

Are you getting ready to move a loved one into a long-term care facility? Many nursing home abuse lawyers in Columbus say not to automatically sign every document placed in front of you during the admissions process. In the stacks of paperwork you may find an...

END_OF_DOCUMENT_TOKEN_TO_BE_REPLACED

What to Bring to Your Medical Malpractice Attorney Consultation

Are you getting ready to meet with a medical malpractice attorney? If you were injured by a Columbus medical professional, consulting with an experienced local lawyer is a good idea. But the thought of starting the legal process may have you feeling stressed – and if...

END_OF_DOCUMENT_TOKEN_TO_BE_REPLACED

Clark, Perdue & List Co, LPA was pleased to be a sponsor of the recent Handbag Hullabaloo fundraiser for the Ronald McDonald Charities of Central Ohio. We are proud of the hard work of our Office Manager, Dawn List, who served on the fundraising...

END_OF_DOCUMENT_TOKEN_TO_BE_REPLACED

Andrew List has been invited by the accounting firm of Whalen & Company CPAs to speak at its 9th Annual Business Seminar on November 8, 2016. Mr. Lists' presentation is titled "Why Businesses Get Sued, and How to Avoid It". Other distinguished...

END_OF_DOCUMENT_TOKEN_TO_BE_REPLACED

Clark, Perdue & List is proud to sponsor the Come Home for the Holidays event held by the Homeless Families Foundation. We support the Foundation's mission to end homelessness by stabilizing families, educating children, and providing...