Dogs are important members of many families. A dog bite injury, however, can be serious when a dog is not properly controlled and supervised.

Our Columbus, Ohio, personal injury law firm has handled many cases for people who have been bitten or otherwise injured by dogs and other animals, and we have experience with the duties Ohio law places on dog owners to protect others from injury.

Have you or a loved one been bitten or attacked by a dog? You could be entitled to financial compensation to cover damages and medical expenses. Clark Perdue & List are experienced personal injury lawyers. In this guide, we will cover dog bite law and common injuries, but you should always contact an attorney if you believe you may have a claim. Our firm has years of experience with dog bites in Columbus, OH and can quickly help you determine if you have a claim.

Statistics Back It Up: Animal Attacks Are A Real Problem 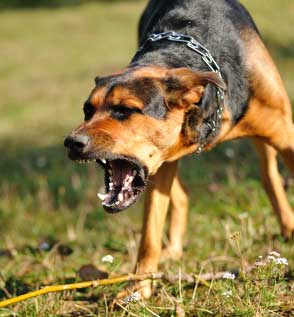 Attacks by dogs and other pets can result in devastating physical and emotional injuries: permanent scarring, reconstructive surgery, infection, post-traumatic stress disorder and sometimes even death.

Dogs bite for many reasons and, although any breed of dog may bite, a 2009 report by DogsBite.org reveals that pit bulls, Rottweilers, Presa Canarios and their mixes were responsible for 80 percent of the injury-producing attacks and 69 percent of fatalities. While only 18 percent of the attack/bites studied occurred away from the dog owner’s property, 81 percent of these off-property attacks were committed by pit bull breeds. Of 88 dog attack fatalities between January 2006 and December 2008 reported by DogsBite.org, 59 percent were perpetrated by pit bull breed dogs. This equates to one American being killed by a pit bull breed every 21 days during that period. Many cities have adopted breed-specific pit bull/fighting breed laws.

Were You Bitten By A Dog?

Call Now For My Free Consultation

Dog attacks of any kind are traumatic events and should be taken seriously. According to the CDC 1 in 5 dog bites need medical attention.  A dog bite can cause significant injury and have long-lasting effects on the injured person. Dog attacks can cause pain, nerve damage, infection, illnesses, and even death. The pressure exerted from the dog’s jaws can severely damage the tissues under the skin including muscles, blood vessels, and bones.

Dog bite wounds also carry a high risk of infection, according to the CDC, up to 18% of dog bites become infected with bacteria. Injuries and diseases that can be caused by dog bites can include the following:

Abrasions, Lacerations, and Puncture Wounds. These types of injuries will be visible and can range in severity. Open wounds such as these leave the victim vulnerable to infection.

Avulsion Injuries. Avulsion injuries are very serious and may involve partial to complete separation from the body. Commonly affected areas include limbs, fingers, or toes.

Crushing Injuries, Broken and Fractured Bones. Dogs tend to clench their jaws when biting, which can cause extensive damage to tissue, broken bones, and even cause internal bleeding.

Nerve Damage. There are 3 common types of nerve damage caused by dog bites, Neurapraxia, axonotmesis, and neurotmesis. Nerve damage can require months and even surgery to recover from.

Facial Wounds. According to NCBI, facial bite injuries are especially dangerous because of their propensity to get infected. Children can be especially susceptible to facial wounds because their height often puts them right at the same height as many dogs.

Scarring. Scars from dog attacks can be very damaging and even require cosmetic surgery. Victims are often left feeling self-conscious about their appearance.

Rabies. Rabies is a fatal infection and a public health concern when a dog bite occurs. Dogs that have attacked a person should be evaluated for possible rabies infection, which can cause an animal to act aggressively.

Capnocytophaga Bacteria.  Capnocytophaga bacteria are common bacteria that live in the mouths of dogs. When a dog bites, the bacteria can be transferred to humans and cause illnesses and even sepsis.  It is particularly dangerous to those with weakened immune systems.

Pasteurella Multocida Infection. Pasteurella multocida is bacteria that can live in the upper respiratory tracts of animals. This can cause an infection in the animal attack.

MRSA. MRSA is a type of staph infection that is difficult to treat because it is resistant to many antibiotics.

Tetanus. Tetanus is another type of infection that can occur after a dog bite if you are not up to date on your vaccination.

Clark, Perdue, & List Would Love To Speak With You

I Want To Talk To A Lawyer

What Do You Do After You’ve Been Attacked by A Dog?

Wounds from dog bites should be evaluated and treated by a professional.  Infants and children should always be seen by a medical professional after a dog bite, even if there appear to be no apparent wounds.

2. Report for the dog bite

Ohio Administrative Code 3701-3-28 requires animal bite incidents be reported to the jurisdiction where the attack occurred. You can find the appropriate local jurisdiction here: https://odhgateway.odh.ohio.gov/lhdinformationsystem/Directory/GetMyLHD

3. Be prepared to make the report.

According to the Ohio Department of Health, when making the report you will want to know the following:

According to Section 955.28 of the Ohio Revised Code, “the owner, keeper, or harborer of a dog is liable in damages for any injury, death, or loss to person or property that is caused by the dog.” Exemptions are made if the person bit was committing a crime against a person, tormenting or abusing the dog, or trespassing on the owner’s property. This means that if you’ve been atatcked by a dog, the owner or person responsible for the dog at the time of the incident is liable for all damages and injuries caused to you. If the dog was in the care of a person other than the owner at the time of the bite, such as a boarding facility, they could also be held responsible for injuries incurred.

Under the One Bite Rule, if the dog is known to be aggressive or bitten in the past, owners may be responsible for punitive damages on top of standard compensation and receive punishment for not being a responsible dog owner.

What Compensation Can I Seek in A Dog Bite Claim?

Dog attacks can cause trauma, pain, and suffering. In addition to substantial medical expenses from injuries, victims of dog bites may lose wages during recovery, have permanent physical limitations, and suffer from disfigurement. In a personal injury lawsuit, you might seek compensation for the following financial losses:

If you or your loved one has been attacked by a dog, you should know your rights. An experienced dog bite attorney from Clark, Perdue & List can help you recover the most compensation for your injuries.

By calling our firm, you will receive:

Back to Personal Injury

According to a 2010 study by the Agency for Healthcare Research & Quality, the average cost of hospitalization for a dog bite injury was $18,200. In addition to the initial hospitalization, many dog bite victims must undergo multiple painful plastic or reconstruction surgeries and treatment for psychological injuries.

In Ohio, dog owners are strictly accountable for injuries and damages caused by their pets. Read our explanation of the Ohio dog bite law and how it applies to injury claims. These losses are often covered by the dog owner’s insurance, homeowners insurance or renters insurance.

If you, a friend or family member has been injured by a dog or other pet, seek immediate medical care, identify the dog owner, report the incident to the police and your local health department, and photograph the injuries.

If requested, one of our attorneys will meet you in your home or at the hospital to explain your legal rights and make suggestions for immediate action on your claim. Contact one of our Ohio dog bite injury attorneys or call us at 800-647-7003 for a free consultation.
Contact Us

Dog bites can be costly to owners

Dog bites can become even more expensive for dog owners in Cincinnati, Ohio following adoption of a new law earlier this month. Owners of dogs who bite can now be fined up to $15,000. The Cincinnati Enquirer reported that the law which was adopted on March 5th, "stops...

END_OF_DOCUMENT_TOKEN_TO_BE_REPLACED

While dogs can be faithful and loving companions, some dogs can be dangerous. One woman felt as if her neighbor's dogs posed a threat to her life, but, despite numerous 911 calls, the county never intervened. After losing her life after an attack by her neighbor's...

END_OF_DOCUMENT_TOKEN_TO_BE_REPLACED

Four people suffered multiple dog bites when they were attacked by two pit bull dogs Tuesday morning.  The attack occurred in the south Linden area of Northeast Columbus.According to Columbus police, a woman and her elderly mother were attacked about 8:30 a.m....

END_OF_DOCUMENT_TOKEN_TO_BE_REPLACED

Dog bites claimed the life of a seven month old baby boy Sunday afternoon after being attacked by a dog. Dayton, Ohio police report that the infant's step-grandmother was babysitting for the day in her home when her dog attacked and killed the child. According to...

END_OF_DOCUMENT_TOKEN_TO_BE_REPLACED

A 6-year old Ohio girl has been hospitalized in critical condition with dog bites following an attack by two pit bulls.Police officers in Westwood, Ohio were called to the scene where they found the child on the sidewalk being mauled by the dogs. The animals then...