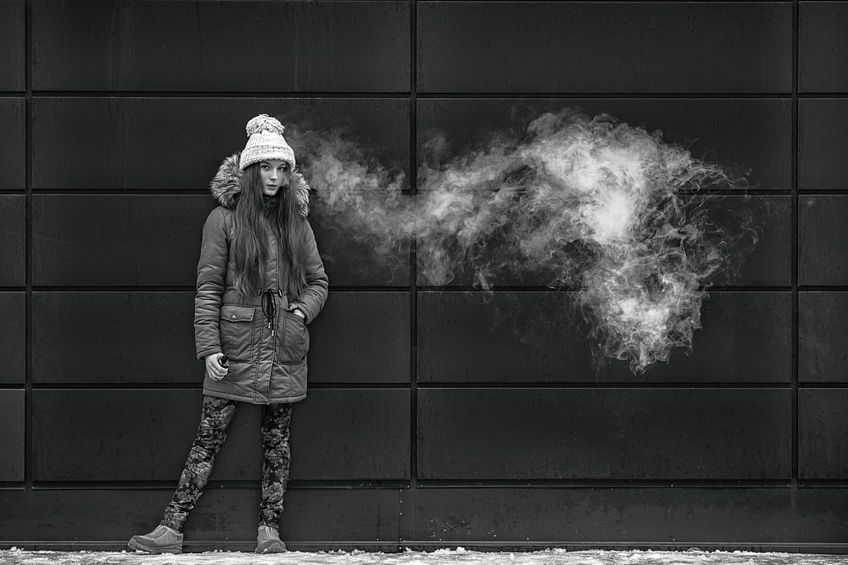 Vaping deaths and injuries are on the rise. Tragically, many vaping deaths and injuries occur among teenagers in our schools. Among American youth, e-cigarettes are far more popular than traditional tobacco products. For example, in 2015, the U.S. surgeon general reported that e-cigarette use among high school students had increased by 900 percent, and 40 percent of young e-cigarette users had never smoked regular tobacco.  Compounding the problem, e-cigarettes have a lower per-use cost than traditional cigarettes, and many teens are enticed by flavors such as watermelon and apple pie.

Vaping devices, also know as e-cigarettes, contain four basic components: a cartridge or tank to hold e-liquid (or e-juice/vape sauce), an atomizer (a heating element), a battery and a mouthpiece. A sensor detects when the user is trying to inhale, the sensor triggers the battery to activate the atomizer, and the heat from the atomizer vaporizes the liquid. The resulting vapor is what the user inhales.

Smoking hurts nearly every organ in the body.  Nearly one-third of deaths from heart disease are the result of smoking and secondhand smoke.

While the long-term complications associated with vaping — including potential cancer risks — are unknown because the development of vaping products is so recent, short-term risks are already becoming apparent.  In a few short months, e-cigarette users have experienced shortness of breath, cough, fever and pneumonia.

Additionally, there is concern that e-cigarette smokers may develop “popcorn lung” from being exposed to chemical elements in vaping products.  Popcorn lung is a chronic and potentially debilitating disease caused by damage to the small airways in the lungs.  This is one of many potential pulmonary complications that may be linked to vaping over the long-term.