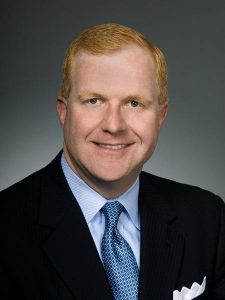 “We are committed to providing our clients with the finest legal assistance possible”
Andrew List is included in The Best Lawyers in America for personal injury litigation; the Best in the US for both commercial and personal injury litigation; the top lawyers in Columbus, as published in Columbus’ Business First; and he has been named as one of “Ohio’s Top Lawyers” by Ohio Super Lawyers.  Andrew is also a past president of the Central Ohio Association for Justice and a member of the Million Dollar Advocates Forum.

Since 1996, Andrew has been widely recognized as a leading nursing home abuse lawyer in Ohio, after he obtained one of the largest jury awards in the state against a nursing home operator.  Since that time, Andrew has helped dozens of families who have experienced the death of a loved one as a result of neglect or abuse in a long-term care facility.

Andrew has substantial experience representing consumers who have been injured by dangerous or defective products, including cases involving fires and explosions, dangerous pharmaceuticals and defective medical devices.

In the early 1990s, Andrew represented dozens of persons who had suffered serious burn injuries caused by defective coolant systems in Renault automobiles.  And, Andrew’s commitment to assisting burn injury survivors has continued with a variety of dangerous products, including toys.

Andrew is a graduate of Wake Forest University and The Ohio State University Moritz College of Law. He is admitted to practice in all of Ohio’s trial courts, both state and federal, as well as the United States Court of Appeals for the Sixth Circuit and the United States Supreme Court. Andrew has also been specially admitted to numerous trial courts outside Ohio, serving as trial counsel for lawyers who request assistance in bringing complex cases before judges and juries.

Clark, Perdue & List has a progressive “of-counsel” relationship with the highly successful Philadelphia based personal injury law firm of Anapol Weiss. For several years, the two law firms have worked closely together on pharmaceutical and medical device cases (such as Vioxx, Medtronic and Guidant) as well as individual injury and death cases. This relationship makes the lawyers of Anapol Weiss available to support Clark, Perdue in major regional or national complex litigation, including class actions and mass torts. We are excited to strengthen our existing capabilities to handle large, complex lawsuits both regionally and nationally.